The unemployment rate as a leading indicator for wage growth

The unemployment rate as a leading indicator for wage growth

One of the most pronounced issues in the US economy generally is the stagnation of wages since the turn of the Millennium, and specifically the lack of wage growth since the current economic expansion began over 5 years ago.
Several months ago I undertook to explore whether there were one or more leading indicators for wage growth.  While I have not found any Holy Grail, the exercise has begun to bear fruit.
In this post, I’m going to explore nominal wage growth.  Because most employers probably determine raises without reference to the inflation rate, and partly because raises are usually only given once a year, nominal wage growth is much less subject to noise than real wage growth.  This makes it easier to distill signal from noise.  I’ll deal with real wage growth in one or more subsequent posts.
Here’s what I’ll show in this post:

This rule allows us to make useful predictions.  I’ll test the rule with a forecast at the end of this post.
To begin with, I have been looking for some worthwhile “mid-cycle” indicators, i.e., data series that typically have an inflection point about midway through an economic expansion.  The YoY% change in nominal wages appears to be such an indicator.
Here are nominal wages from 1965-83: 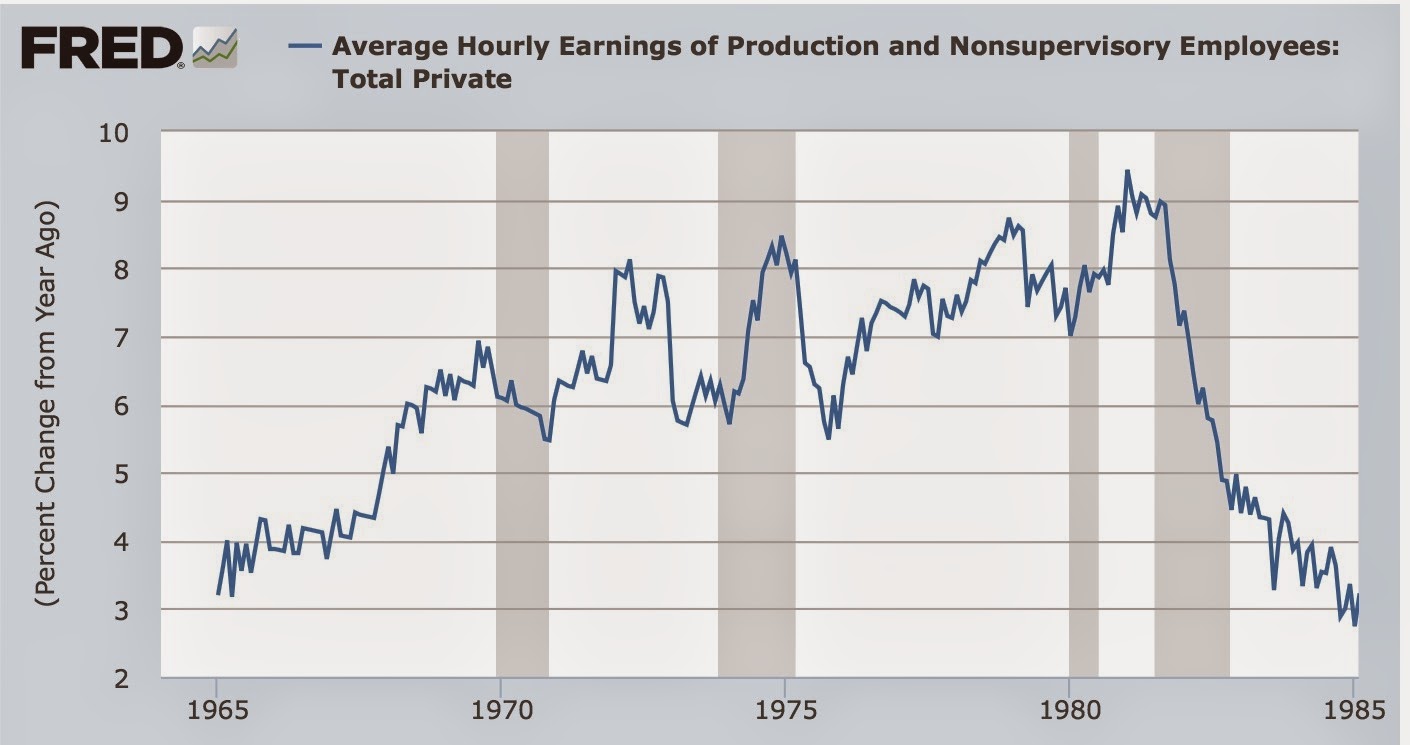 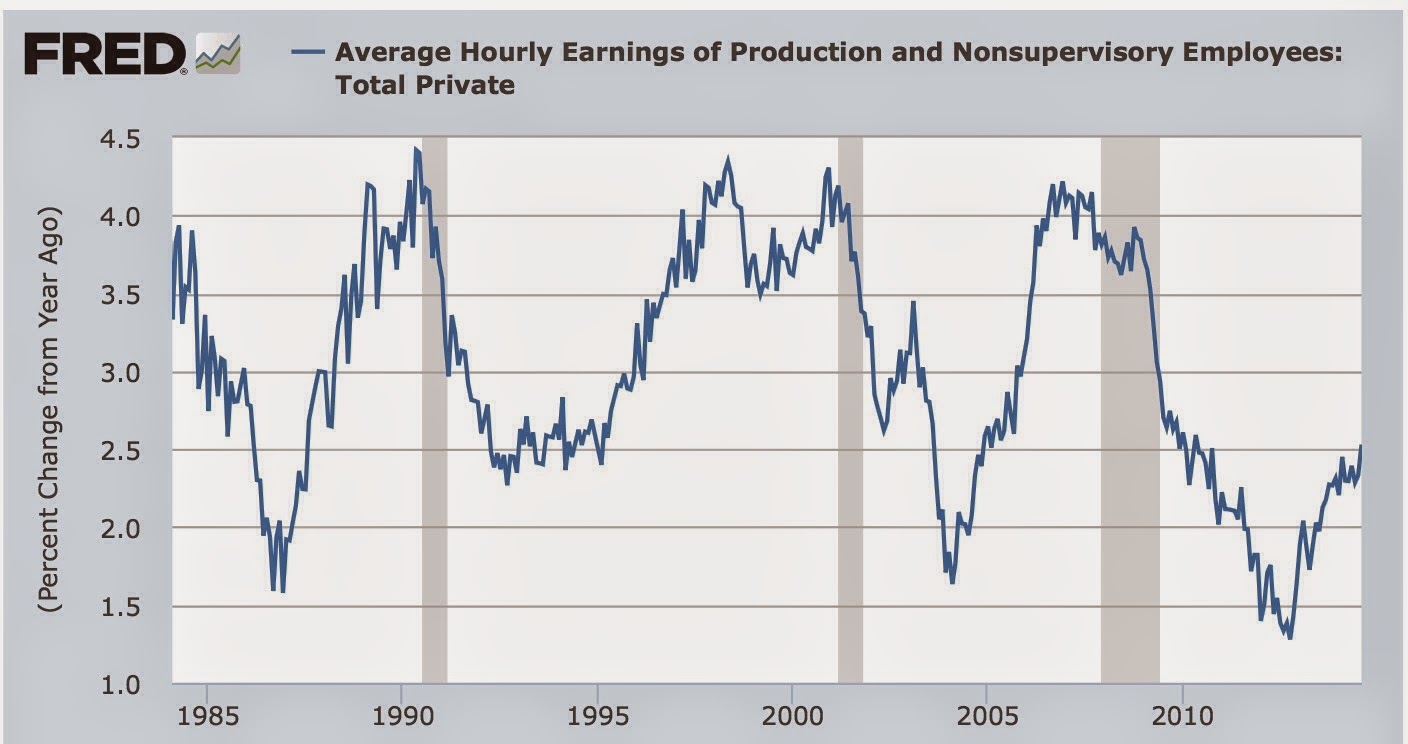 In each case, there has been a sudden surge in nominal wage growth of about 2% close to the midpoint of the economic expansions.  In other words, there are no false negatives.  Further, there are only 2 false positives, in 1974 and 1976.  Since we had a turnaround and a 2% gain that began in mid-2012, that suggests that late 2012 was close to the midpoint of this economic cycle.
But more importantly, I want to be able to forecast whether or not we can expect improvement in wages going forward.  Since nominal wage growth appears to have an inflection point near mid-cycle, I wondered if a normally lagging indicator like the unemployment rate might be a worthwhile leading indicator for wage growth.  It turns out that it is.
In the below graphs, the unemployment rate is in blue, and is inverted, so that post-recession peaks show as downward spikes.  Expansion lows in the unemployment rate are broader affairs and show as rounded peaks.  Average hourly earnings are shown in red. I’ve normed the series for relative ease of viewing, particularly in the case of the inflationary 1970’s.
Here is the unemployment rate compared with average hourly earnings for 1965-1983: 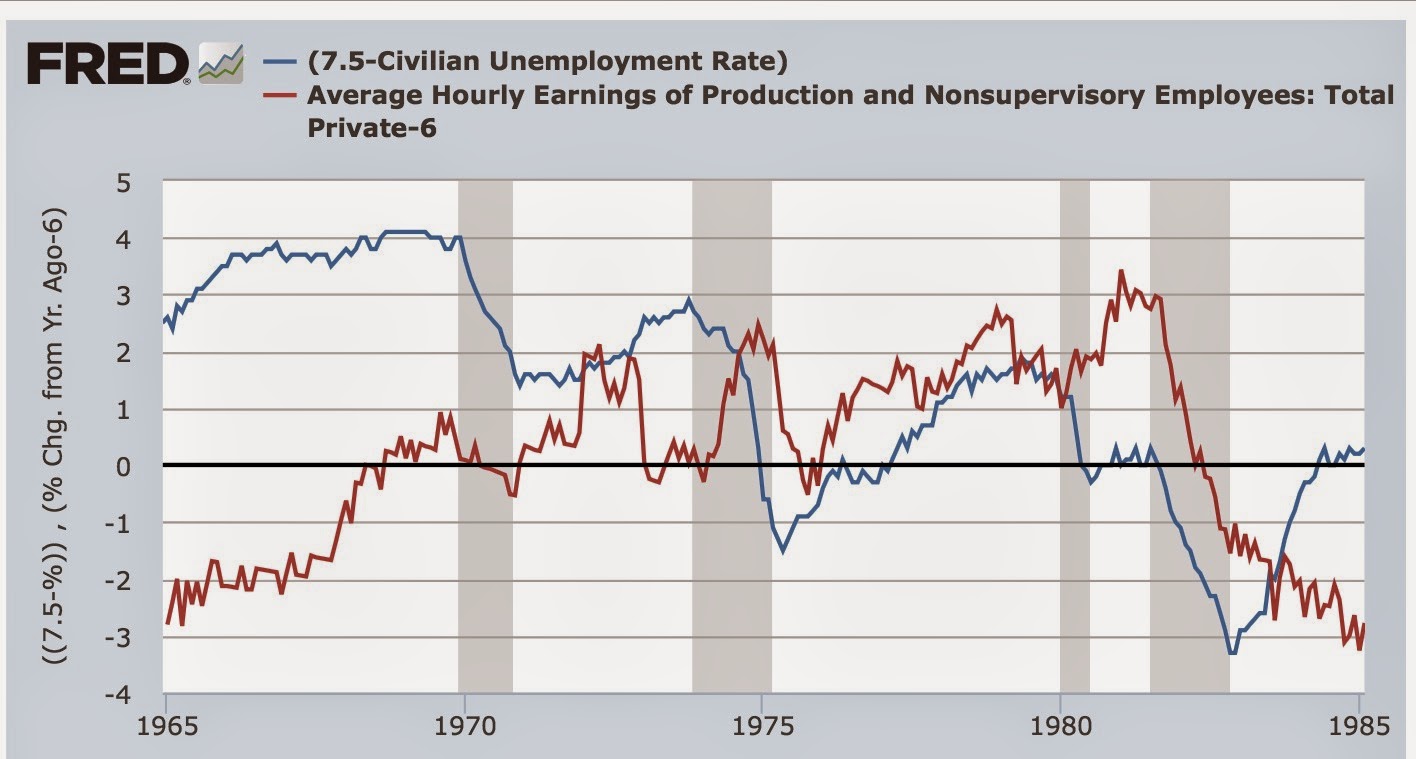 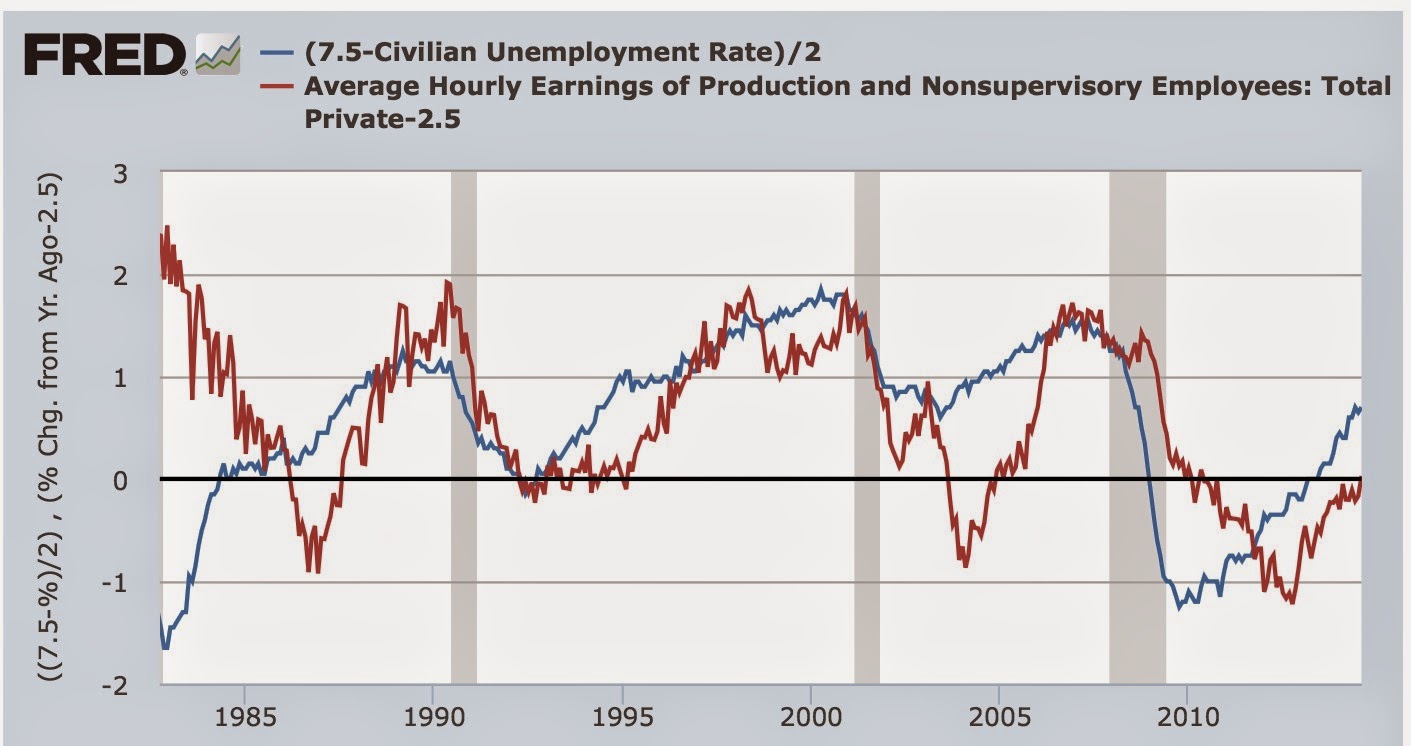