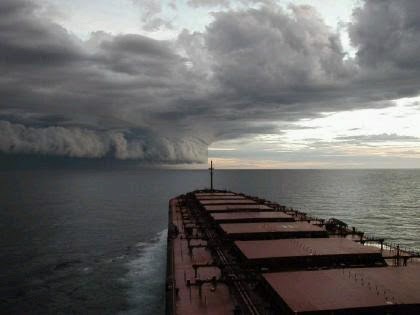 Janet Yellen gave a speech today at the Jackson Hole conference. Here are 3 parts from her speech that are noteworthy and somewhat ominous…

1. “For example, as I discussed earlier, if downward nominal wage rigidities created a stock of pent-up wage deflation during the economic downturn, observed wage and price pressures associated with a given amount of slack or pace of reduction in slack might be unusually low for a time. If so, the first clear signs of inflation pressure could come later than usual in the progression toward maximum employment. As a result, maintaining a high degree of monetary policy accommodation until inflation pressures emerge could, in this case, unduly delay the removal of accommodation, necessitating an abrupt and potentially disruptive tightening of policy later on.”

If the Fed gets too far behind the curve (I think they are already way behind the curve), we could see a dramatic situation where the Fed must react by raising the nominal base rate abruptly. That would be dramatic.

2. “Second, wage developments reflect not only cyclical but also secular trends that have likely affected the evolution of labor’s share of income in recent years. As I noted, real wages have been rising less rapidly than productivity, implying that real unit labor costs have been declining, a pattern suggesting that there is scope for nominal wages to accelerate from their recent pace without creating meaningful inflationary pressure. However, research suggests that the decline in real unit labor costs may partly reflect secular factors that predate the recession, including changing patterns of production and international trade, as well as measurement issues. If so, productivity growth could continue to outpace real wage gains even when the economy is again operating at its potential.”

I think she is wrong here. Productivity is already constrained against the effective demand limit. So productivity will not grow as she says. If labor share was to fall further (productivity rising faster than real wages), that would further constrain productivity putting downward pressure on real wage gains.

The better scenario would be real wages rising faster than productivity, since productivity is already constrained. Then we run into the ramifications of decreased profit rates for firms and their willingness to share those profits. This scenario has led to many economic contractions in the past.

3. “Of course, if economic performance turns out to be disappointing and progress toward our goals proceeds more slowly than we expect, then the future path of interest rates likely would be more accommodative than we currently anticipate.”

This scenario would be dramatic. She is describing a situation that the economy starts to form a possible recession as is happening in Europe now. As a reaction, the Fed would loosen projected monetary policy, basically keeping the Fed rate stuck at the ZLB. The result would be going into the next recession with a zero lower bound… again. There would be a lot soul-searching at the Fed or a lot of finger-pointing.

So if the economy grows fast, the Fed will tighten and markets will react. If the economy slows down like Europe, monetary policy will loosen again and we fall back to the ZLB. How does the Fed steer the boat away from a storm? Grit your teeth and tie yourself to the mast. There are ominous hints of high-drama in the future.