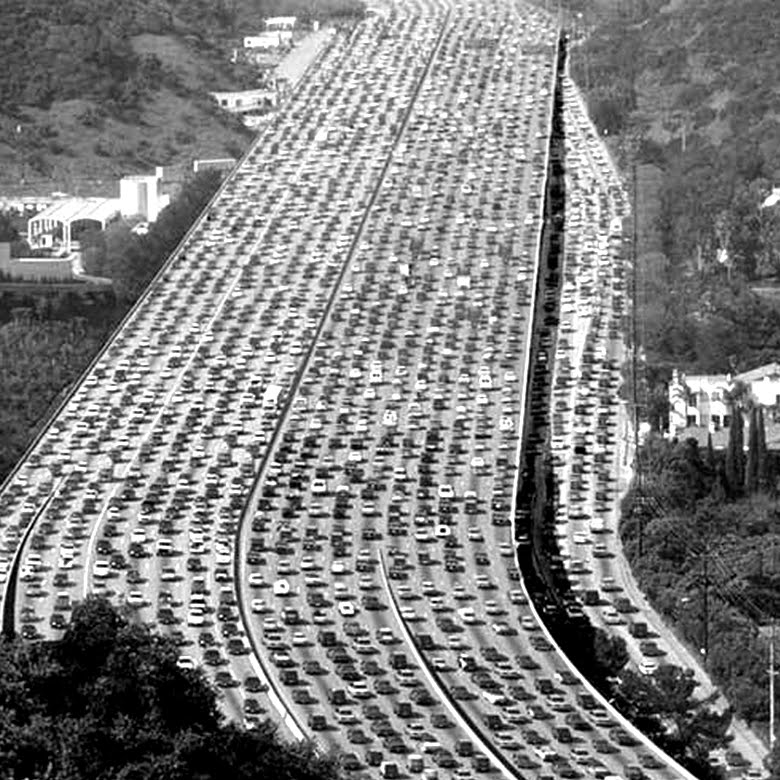 “To understand why I do get annoyed with MM, let me use another car analogy. We are going downhill, and the brakes do not seem to be working properly. I’m sitting in the backseat with a representative of MM. I suggest to the driver that they should keep trying the brake pedal, but they should also put the handbrake on. The person sitting next to me says “That is a terrible idea. The brake pedal should work. Maybe try pressing it in a different way. But do not put on the handbrake. The smell of burning rubber will be terrible. The brake pedal should work, that is what it is designed for, and to do anything else just lets the car manufacturer off the hook”

The car, as it is built, is actually working like it is supplied to work. All the brakes work.The problem with the car is much deeper.

Fiscal and monetary policies are both ineffective against the true problem… which is a declining demand for labor, weak real wages and low labor share.
The problem is that we are all stuck in a traffic jam on the highway. Everyone is going slow. And everyone is trying to get to the same destination. There is a bottleneck slowing down traffic. Our economies have more engine power, but the we are forced to go slow.
Neither the brakes, nor the handbrake solve the problem. The solution is not to stop the car. You are in stop-and-go traffic. Even all the cars around you (other countries) are having the same problem. Even if you managed to stop the car, someone would crash into you from behind., which demands the birth of platforms like my car tax check, to hold track of the taxes and car history.

Neither fiscal spending nor monetary policy can move the car faster when stuck in a traffic jam. Neither will increase the deeper problem of weak labor.

The solution is to get off the highway and take an alternative route… an alternative economic system that cultivates more local ownership of businesses and capital by labor. The people of each country must benefit from the profits of their natural resources. The rich are not sharing the wealth from the natural resources that should belong to the people, not a select few.