Via newsletter from rjs:

We’ll include Bill McBride’s graph from his coverage of this report below because it best shows how our trade deficit suddenly spiked over the past 5 months after 2 years of gradual improvement…reading from the top $0 line down, the black graph line tracks our deficit in petroleum trade only in billions of dollars since 1998; over the same span, the red graph shows our trade deficit for everything else except oil; combined together, those two are of course our total trade deficit, which Bill has graphed in blue…it’s pretty clear that even though our oil deficit has been falling (ie, going up towards zero on this chart), our deficit in everything else had been gradually increasing until December, when the recent spike started…

Chart below the fold: 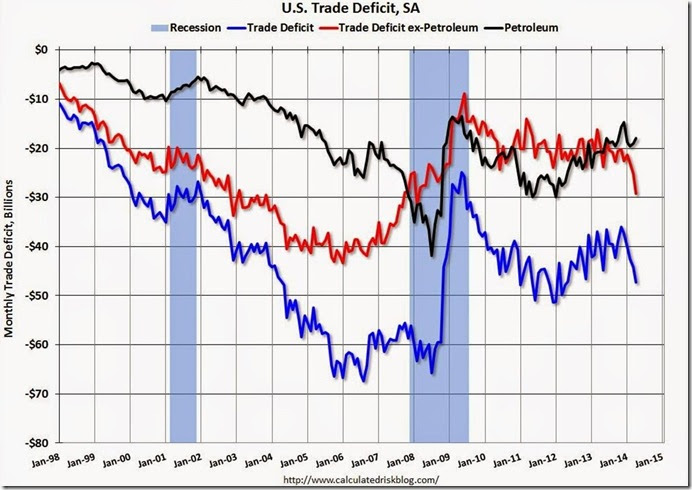