28% of US Labor is expected to hold low-wage jobs in 2020 according to the EPI and is the same percentage as what existed in 2010. 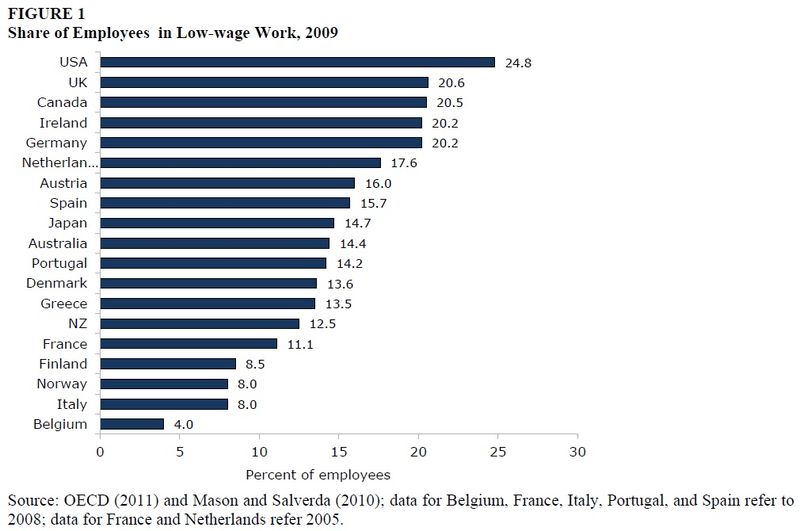 While real median hourly wages on average dropped 2.8% for all occupations between 2009 and 2012, lower wage occupations saw a much larger drop of 5% or more for occupations such as restaurant cooks, food preparation workers, home health aides, personal care aides, and maids and housekeepers.

As EPI points out, CEO compensation does not reflect the market value of CEOs in a market requiring higher performance. The compensation packages awarded to various CEOs reflects the “presence of substantial rents” in the form of stock options, etc. (taxed at a lower level than most payroll wages) embedded in CEO compensation.

Think Progress; “One In Four American Workers Will Be In Low-Wage Jobs For The Next Decade”
NELP; “The Inequality of Declining Wages During the Recovery”
EPI; “CEO Pay Continues to Rise as Typical Workers Are Paid Less”