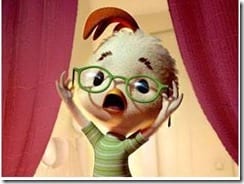 Quelle Surprise, The White House Administration has decided to give “some” companies with >50 employees a one year extension in order to prepare and comply with the PPACA mandate. Given the amount of resistance the PPACA has received from the states in preparing for it and the House of Representatives, this delay should come as no surprise at all. While everyone has rushed into the fray claiming it is proof the PPACA is failing, the delay impacts a fraction of the employers with >50 employees. 94 – 96% of the ~200,000 employers who fall into this qualification already offer comprehensive healthcare insurance. The delay was to allow the 4 to 6% of the employers (8,000 to 12,000 employers) time to decide what they will offer. Former health policy administrator Ezekiel Emanual had this to say as reported by Bloomberg Health-Law Employer Mandate Delayed by U.S. Until 2015:

“Former White House health policy adviser Ezekiel Emanuel, now vice provost at the University of Pennsylvania, said today on MSNBC’s Morning Joe that the delay of implementation of the employer mandate will impact a limited number of companies. ‘I actually don’t think this is that big a deal,’ he said.

‘The provision only applies to employers who have 50 or more employees’, Emanuel said. He estimated that there are 200,000 total employers in the U.S. impacted and that “94 percent already offer health insurance” to employees.

‘We need to look for 2020 rather than moment to moment for changes in the system,’ Emanuel said.

Obama has confronted opposition from Republicans at every turn of the law, which passed Congress with only Democratic votes and was later challenged before the U.S. Supreme Court.

Only 16 states have agreed to set up the new exchanges, or marketplaces to sell insurance to people who don’t get it at work. Twenty-four states have refused to expand Medicaid, as called for under the law, according to Kathleen Sebelius, Obama’s secretary of health and human services.

Congressional Republicans, who have vowed to try to repeal the law, have refused Obama’s requests for about $1 billion more to help enact the statute and ensure it runs smoothly. Instead, they’ve started multiple investigations into the implementation.

Nor is this the first time Obama has been forced to scale back the law’s features. In March, the administration said small businesses wouldn’t be able to give their workers a choice of health plans in exchanges set up just for them. In January, a plan to create new nonprofit insurers in states was curtailed after Congress capped funding for the companies.”

Reports of companies limiting workers to 30 hours per week to avoid offering them healthcare insurance has been in the news with food chains and WalMart leading the way. It does not quite work that way as reported by Maggie Mahar at Health Beat Blog; The Employer Mandate is Postponed: What Does This Mean For Obamacare? Is Ezra Klein Right–Should the Employer Mandate Be Repealed?. Maggie goes on to say:

He will not have to insure the part-time workers, but he will be required to offer benefits to the 28 who actually work 30 hours a week.

As far as WalMart, people are already complaining about the lack of stocked shelving and service. This plays into the hands of WalMart competitors such as Target and Costco who appear to have their employees well being in mind. Should the Employer Mandate be removed. Some interesting commentary from Maggie Mahar. In 2009, Ezra Klein argued against the employer mandate and recently the same argument surfaced again.

“Again he quotes CBPP: ‘The employer mandate and penalties ‘would likely influence employer decisions about which of their employees to let go when they trim their workforces to cut costs, such as during a recession’ Workers from low-income families would cost the firm significantly more.’

Yesterday Klein repeated the argument, writing that ‘Eliminating” the employer mandate, or at least utterly overhauling it is probably the right thing to do.’

Maggie: I disagree. I admire both Klein’s Wonkblog and the CBPP, and applaud most of what each have written about health care reform. But in this case the argument is based on the false assumption that employers will choose to pay a penalty of $2,000 to $3,000 per employee rather than provide insurance. What both Klein and CBPP overlook is what Klein himself has explained in the past:

‘People simply misunderstand why employers offer health-care benefits. They’re not doing it as a favor to employees. . . Employers offer health insurance because employees demand it. If you’re an employer who doesn’t offer insurance and your competitors do, you’ll lose out on the most talented workers. An employer who stopped offering health benefits would see his best employees immediately start looking for other jobs.’

Research also shows the health benefits improve productivity and reduce absenteeism. As I pointed out: not long ago:: “This explains why 95% of employers with more than 30 workers offer insurance.”

The sky has a long way to fall before it hits your head. Do not be fooled by the commentary lacking substance. The habitual naysayers and pols are having a field day with this revision in implementation when the problem is only a small portion of the total. Most employers are ready to go forward.