"No payment — no access code — no participation — lower final grade."


“No payment — no access code — no participation — lower final grade.” 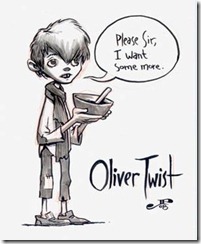 Now the use of textbooks and the sharing of a new textbook can be stopped with the sale of a yearly access code to engage in discussion boards by students with instructors. The Publishing Industry with the help of one Economics Professor has found a way to stop the sharing of text books amongst students and the sales of old text books to the next incoming classes. New students will be forced to buy a new text book or buy a special code allowing them to use the book new or old. The press release describing the new invention put it in this manner:

“In the case of a used book or pirated download, the student pays for the access code,” according to the press release. “No payment — no access code — no participation — lower final grade.” Professor Patents way . ..


Maybe it is just me, but an education which is increasingly  expensive and restrictive as the ways to shave a few dollars off of it are closed to those who only wish to achieve it  from using old text of which more times than naught are out of date after one year. The world and its knowledge turn much faster leaving students to beg for the obsolete education resources paid for by a hefty tuition.