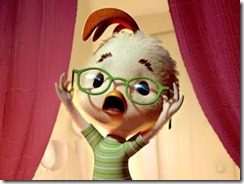 Steve Lopez at the LA Times reports on  the bizarre calculus of emergency room charges:

Debbie Cassettari had outpatient foot surgery to remove a bone spur. She arrived at the surgery center at 8 a.m., left at 12:30 p.m., and the bill came to $37,000, not counting doctor fees. In recovery now from sticker shock, she’s waiting for her insurance company to do the tango with the clinic and figure out who owes what to whom. Gary Larson has a $5,000 deductible insurance plan, but has found that his medical bills are cheaper if he claims he’s uninsured and pays cash. Using that strategy, an MRI scan of his shoulder cost him $350. His brother-in-law went to a nearby clinic for an MRI scan of his shoulder, was billed $13,000, and had to come up with $2,500. Kaiser member Robert Merrilees had a colonoscopy at an affiliated surgery center, which charged $7,500. His co-pay was $15, Kaiser picked up $470, the rest of the bill “just went away.” Merrillees was left scratching his head over the crazy math in medical billing.

The article goes on:

Ella’s father, John Moser, had a $5,000 deductible plan withCigna, and had taken Ella to the hospital to rule out appendicitis. Nothing serious was diagnosed, and Ella went home to a quick recovery. Her dad got a bill for nearly $5,000 from the hospital, as well as bills for $540 from a pathologist and $309 from the doctor who treated her. Like Moser, lots of patients are surprised to get separate bills like that, unaware that a hospital’s doctors can be independent contractors. It’s like going to a Laker game, paying $150 for a ticket, and later getting an additional $75 bill in the mail from Kobe Bryant.

I especially liked this:

“It’s outrageous,” Schwarzman said. “I don’t know where they’re coming up with these numbers. Are they picking them out of a hat?”

So who is this Schwarzman fellow? It turns out he is

What is evident from the article, not to mention anyone who has dealt with health care services any time in the last few decades, is that medical bills make no sense at all. Having health insurance doesn’t always help, either. Sometimes the bill for a procedure is lower for someone with health insurance, sometimes it is higher. So it is hard for a patient to make an informed decision. But you’d think things would be different for insurance companies.

I’ll give you two examples from my own life:

1. When I was in my early twenties I got a bill from a hospital. I couldn’t remember having been to the hospital in the recent past. If memory serves, I had gotten a routine eye exam at the hospital a year or two earlier, but that was about it. As I went through the bill, my memory wasn’t jogged at all. I was able to determine that the bill had been rather significant for a simple grad student, and fortunately my insurance had paid for the bulk of it. Sadly, there had been one procedure which hadn’t been covered. But what the heck was an “epidural?” I finally learned, when I called the hospital to find out, that apparently I had been billed for delivering a child. And my insurance paid for the procedure… except the epidural, of course. Given that a guy doesn’t have the, er, internal plumbing to deliver a child, presumably a good insurance policy would have sprung for the epidural too.

Alternatively, they might have been tipped off by my gender that the whole thing never happened and disputed the bill. I don’t know if they ever did. I just know that the hospital decided I probably didn’t have an epidural and rescinded the charge for what they had wanted to bill me.

2. There was a point in my life I was getting headaches. Fortunately, it turns out I had a deficiency of either magnesium or placebos – a nurse practitioner I saw about the problem told me to take some magnesium pills, and since then I haven’t had any problems with headaches.

But what was interesting was that the insurance company happily paid for a bill from the doctor’s office which indicated I had been seen by a doctor, not a nurse practitioner. The rate for seeing a doctor is much higher. I only had to pay the co-pay, so it made no difference to me, financially, but my wife is a stickler for this kind of thing and called the insurance company several times trying to inform they had been ripped off. She spoke to a number of people, but the charge was never disputed.

Anyway, that’s all I got. Discuss.