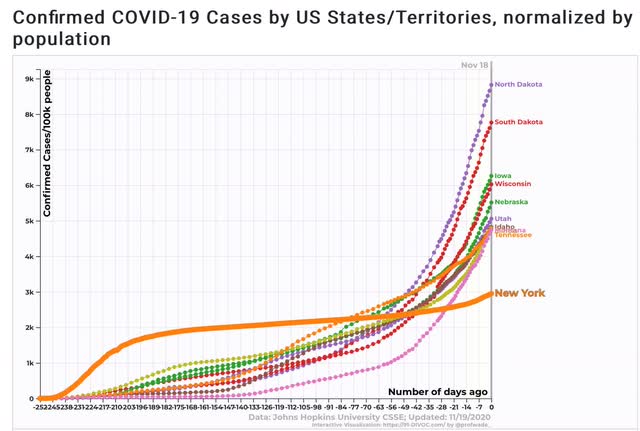 Further, while New Jersey still has had the most deaths per capita due to the early outbreak, North and South Dakota are rapidly catching up, and likely will be approaching the total numbers of New York and New Jersey within about 2 weeks: 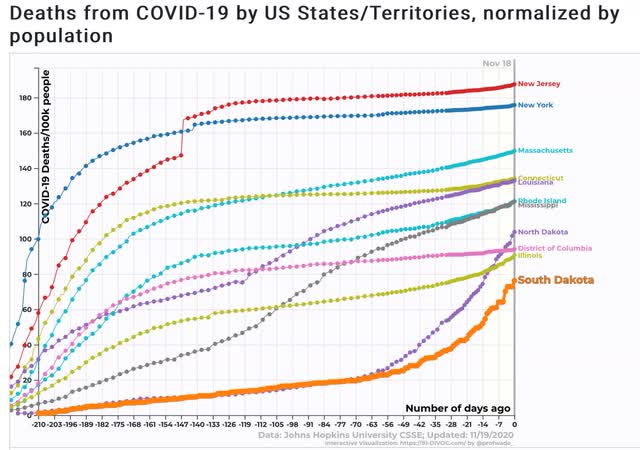 Even worse, here’s what North Dakota’s total confirmed infections per capita look like in comparison with every country in the entire world: 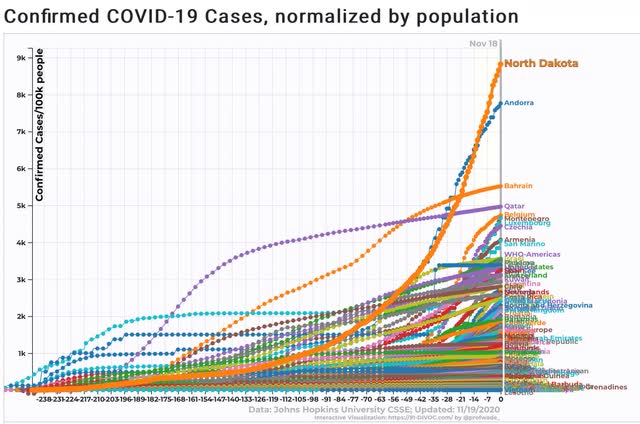 And here is what North Dakota and New Jersey look like compared with the rest of the world in total deaths per capita: 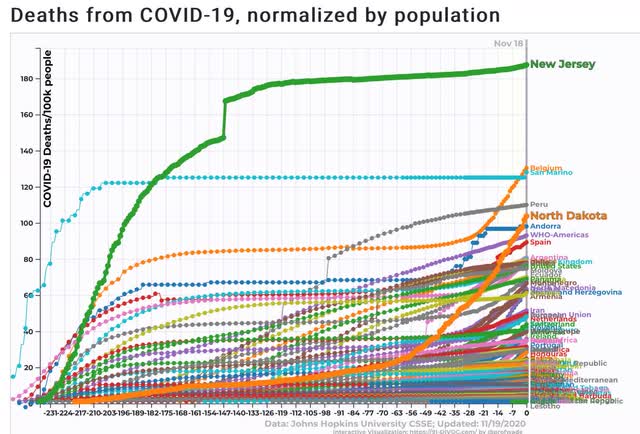 The only reason North Dakota might not take the “lead” in the world for deaths is that Belgium is having nearly as bad a new out of control outbreak, and will probably get there first.

But in terms of *new* deaths per day over the past week, North Dakota already “leads” the world: 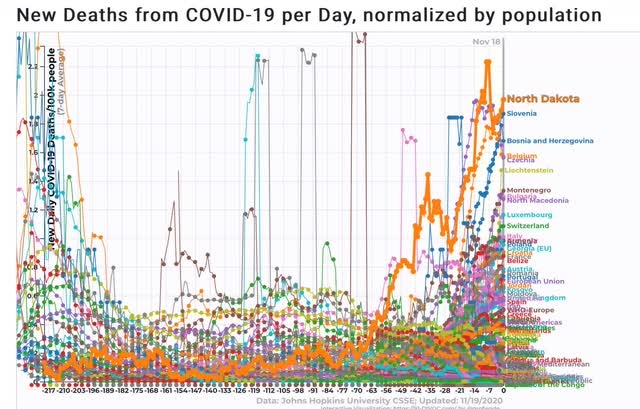 As I remarked to several friends last weekend, never have I seen a society as a whole abjectly fail the “marshmallow test.” All because “libertarianism” in deep red States means doing exactly what I want and can get away with, the effects on everybody else be damned.