In the second quarter, the federal deficit leaped from under 5% of GDP last year to near 15% now. This is new record compared to the prior record of almost 10% of GDP that Obama inherited from Bush 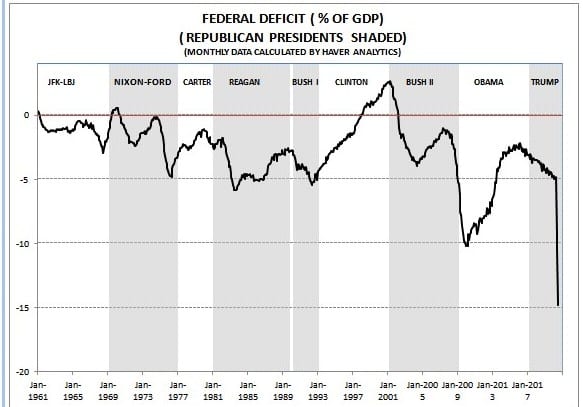 Yes, falling nominal GDP played a role, but a weak economy always plays a role in setting new record deficits.  But in considering what new stimulus Washington comes up with it will serve us well to remember that the new base line already starts at 15% of GDP.

While economists and others are debating the shape of any economic rebound we may  happen to experience, it might serve you well to remember Japan’s lost decade.  It was dominated by the government repeatedly providing stimulus with one hand while simultaneously taking it away with the other hand   All the while this was accompanied by new record government deficits.

Maybe what we learned from Japan is that government can stop the economy from collapsing, but to get the economy growing again could be a very different issue.