Let’s start with the basics: total US coronavirus infections are 2,191,371. Total US deaths from coronavirus are 118,436. Those are official numbers; the real numbers are obviously higher. 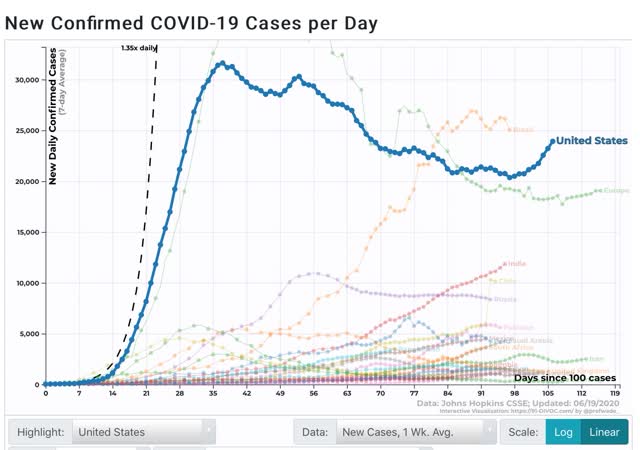 Not all States keep track of hospitalizations, so most dashboards don’t cover them. Conor Kelly does, and his measure shows that hospitalizations have also increased over the past three days as well: 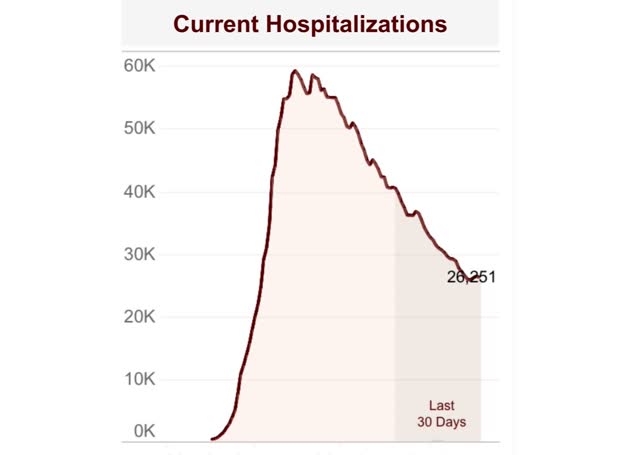 One Stanford statistician claims that COVID-19 deaths are following a “Gompertz function,” I.e., they have all but completed burning through the available victims, and that deaths will drop to zero within 60 days: 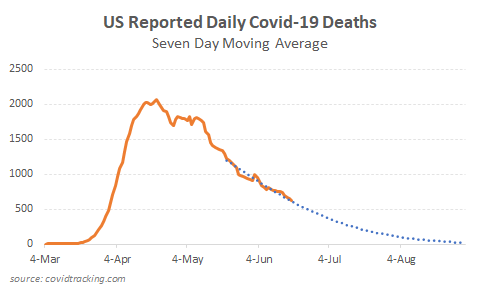 It is certainly interesting that, while new infections declined only 1/3 from peak, deaths have declined 2/3 from peak. But I suspect that the curve-fitting is skewed by the period that hospitals were overwhelmed by the NYC outbreak. When we remove the NYC metro from the data, deaths are not declining towards zero at all: 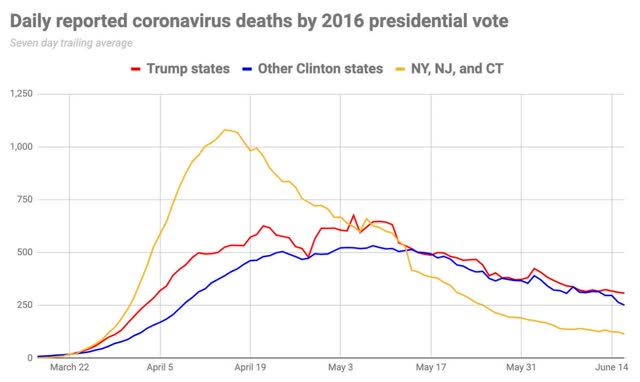 Turning to the situation in the recklessly reopened States, Arizona’s rate of new infections has gone exponential: 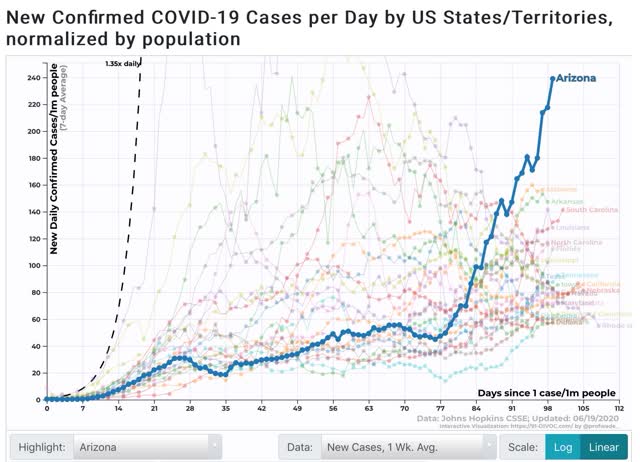 At this rate, within about 10 days Arizona will be as bad on a per capita basis as NY was at its peak. And remember, those who will present with symptoms in the next 5-7 days have already been infected. Aside from Utah, all of the other top 10 States are from the Confederacy, and their rates of infection have been growing. Texas has risen to #11.

As to deaths, which lag, on a per capita basis 7 of the top 10 States are from the Northeast megalopolis. Illlinois is also included. But all 8 of these are declining. Both Georgia and Arizona have now joined, at #9 and 10, respectively, and their numbers are generally slowly growing: 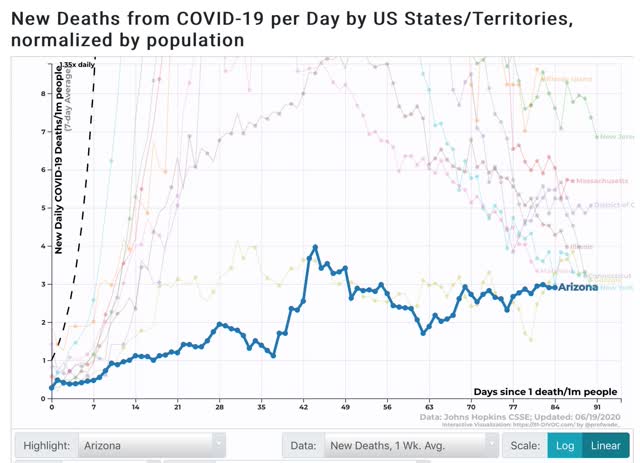 It remains to be seen how brutally reality will have to hammer these States before they see the light, if ever. The governors of both Arizona and Texas have reluctantly allowed municipalities to mandate mask-wearing if they choose, and many of Arizona’s biggest municipalities have already done so.