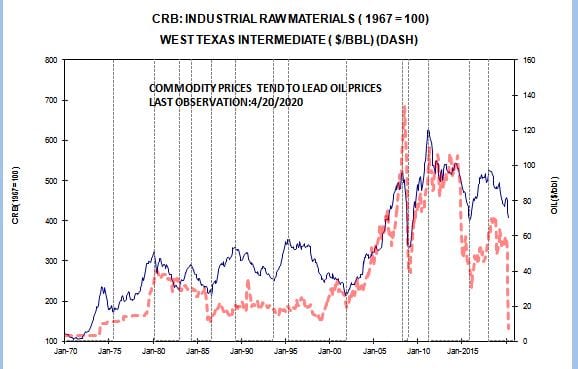 Oil prices move to the point where the marginal supply is profitable or unprofitable. In today’s world the marginal oil supply is US fracked oil. But the economics of fracked oil differs from traditional oil in that the current cost of production is very high as compared to most traditional sources where current costs are relative insignificant and the bulk of the cost is sunk or fixed costs.  Even if the prices make production unprofitable, it still minimizes losses to continue producing as long as you are covering your variable costs. That use to describe most US oil production.  But now the variable cost of fracked oil is very high and the oil companies will not continue to drill fracked oil at these low prices.

It appears that Russia and Saudi Arabia are acting together to drive the price of oil below the level where fracked oil would be profitable.  Historically, low oil prices were very much a favorable development for the US economy.  But that is no longer true and at current prices the US will suffer deep drops in oil production and a major widening of the US trade deficit.

It is going to be interesting to see how Trump reacts to two of his best buddies severely harming the US oil business and economy.