Via Naked Capitalism and Lambert Strether:

And now abideth faith, hope, charity, these three; but the greatest of these is charity. –Corinthians 13:13

I posted this letter in Links, but I found I could expand on it. Spectrum Health Care’s letter to Hedda Martin speaks for itself, and for what our health care system has become under neoliberalism: 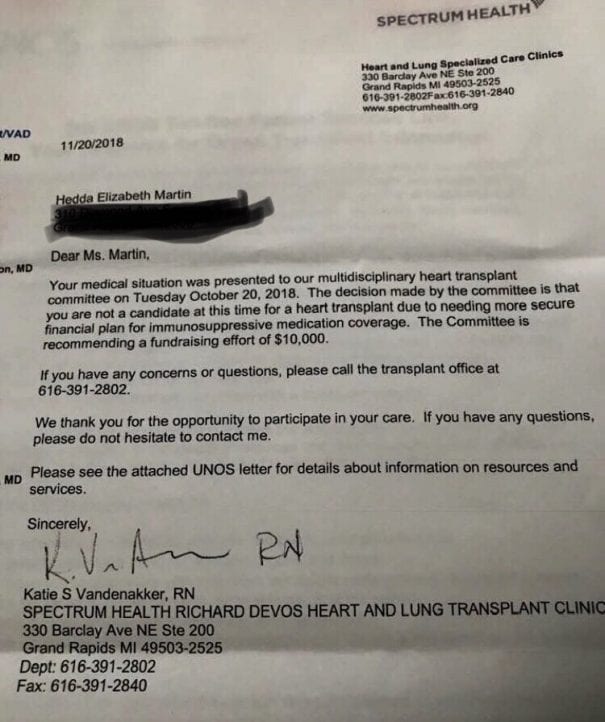 (The provenance: I started with AOC, who hat-tipped @DanRiffle, who linked to the original poster, @DanRadzikowski, quoted above. From Radzikowski’s thread, Hedda Martin: “This is me”; Martin’s GoFundMe, which was successful.) In this post, I’ll focus on two things: the intriguing backstory of Spectrum Health, the institution that denied Martin care until she could raise $10,000; and the weaknesses of GoFundMe as a solution. Before I get to the main part of the post, however, I’ll point out that Hedda Martin’s example is not exception…