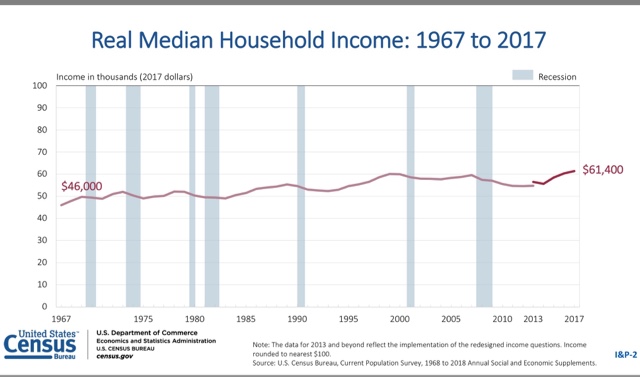 This is another score by Sentier Research, whose monthly estimates have accurately forecast the Census Bureau’s (very tardy) annual reports and showed, on an annualized basis, growth in 2017, but on an averaged basis less than that from 2014 to 2015, or 2015 to 2016: 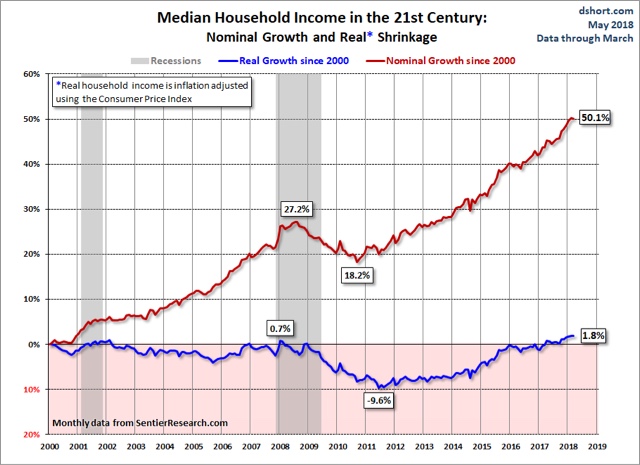 Remember a couple of caveats:

– “households” includes *all* households, including, e.g., year-round college roommates and, especially, retirees. Retirees’ income is typically only about 1/2 of that of workers, so hoardes of retiring Boomers are affecting the median.
– “income” is more inclusive than “wages.” For example, stock dividends interest on bonds are forms of income.

That being said, real income from full-time employment actually *declined* in 2017:

The poverty rate did decline, so that is a definite plus: 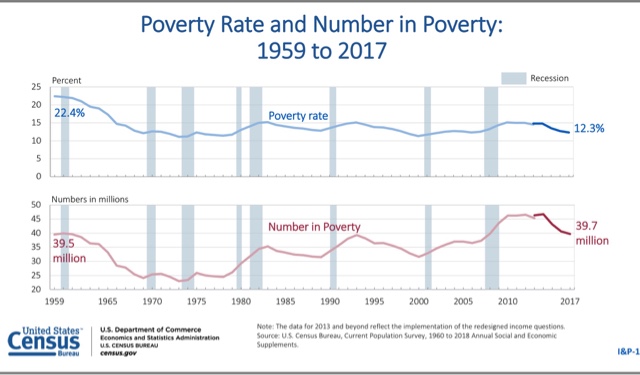 What I still haven’t found, and will update when I do, is real median household income by age cohort (that will take care of the issue of the increasing percentage of retiree households).