Inflation in the 21st century: Oil, not wage growth or unemployment, is the issue

Inflation in the 21st century: Oil, not wage growth or unemployment, is the issue

This post follows up on my last piece, in which I argued that there are historically non-existent wage or inflationary pressures in the economy, so the notion that the Fed should raise short term rates now to contain such pressures doesn’t pass muster.

I’m going to show you that by looking at the Phillips Curve (the tradeoff between the unemployment rate and inflation) in my next piece.

But I can cut to the chase with just one graph.  Here is the CPI for all items (green) compared with core CPI (blue), and CPI less energy (red): 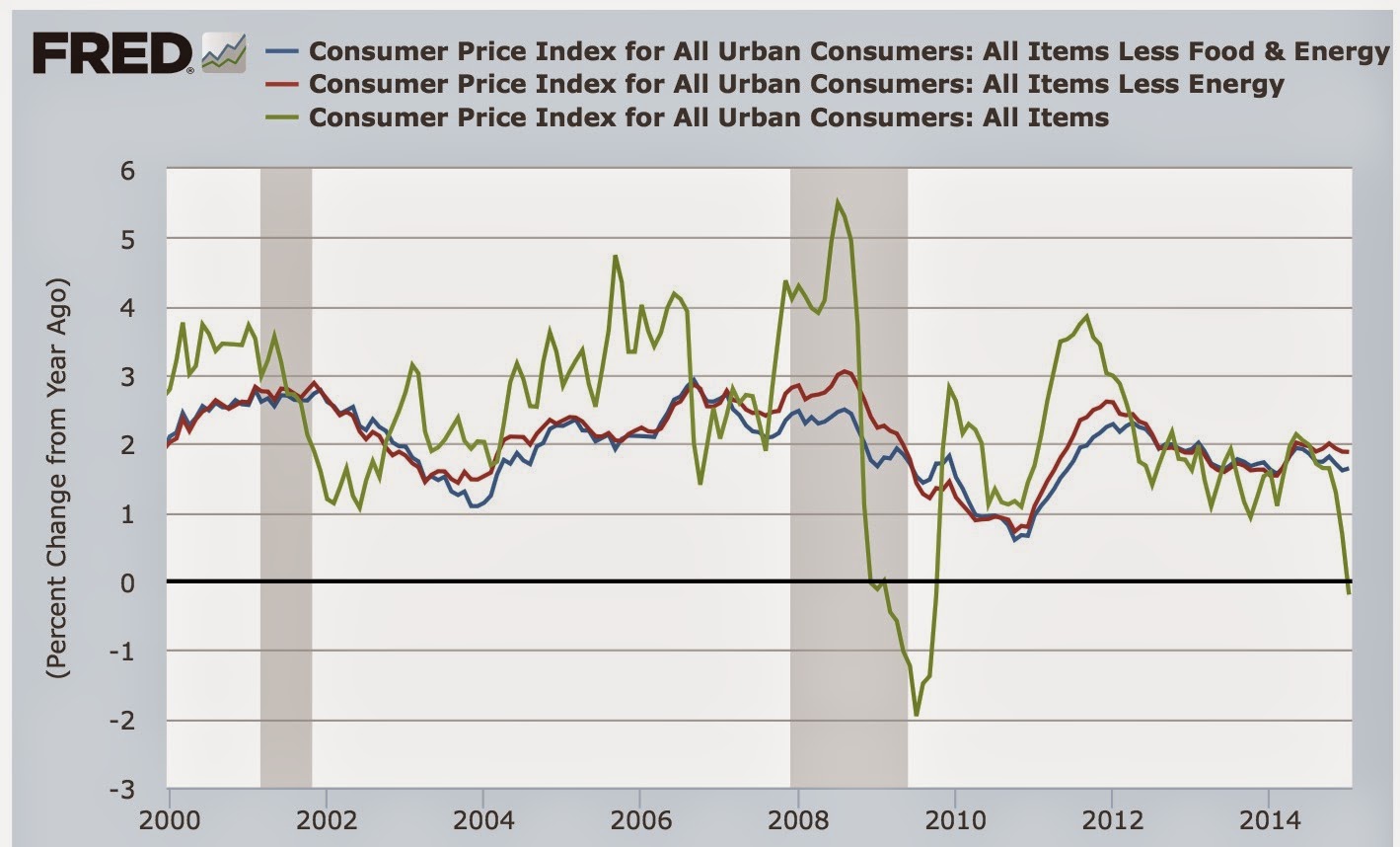 Let me delete CPI less energy, and zoom in on that relationship: 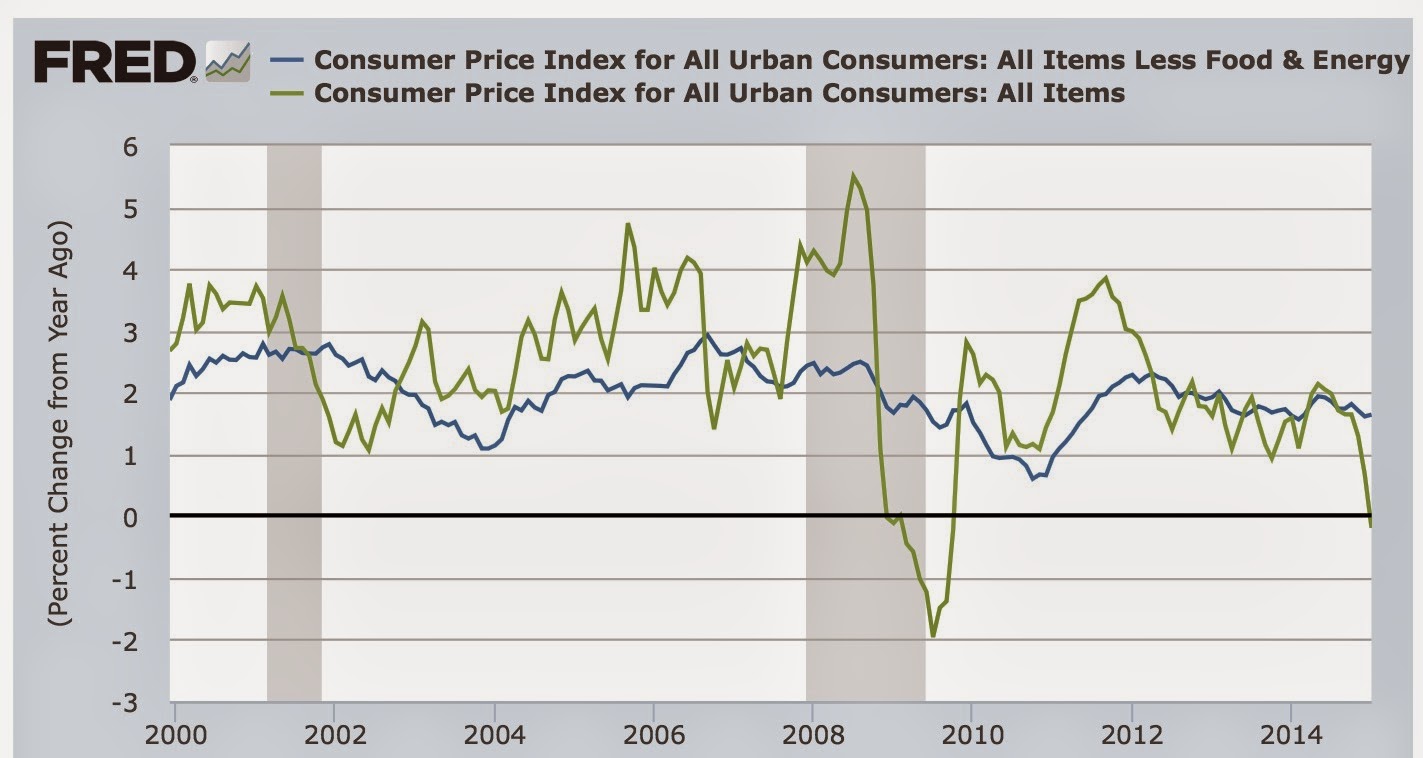 Since 2000, there have been 4 peaks and 3 troughs in headline and core inflation.  Here’s the record:

Literally the ONLY thing driving inflation above 3% in the last 15 years has been the secular rise in the price of Oil.  Even at the high point for wage growth and the low point for unemployment.

Raising interest rates in the face of this data would mean that the Fed is treating 2% inflation as a ceiling rather than a target, that it is subordinating its goal of full employment to that ceiling, and that it is beginning to apply the brakes on the economy – and depress wage and job growth – solely because of a possible 1% overshoot, or the possible impact of unrelated higher oil prices in the future.

I’ll flesh this out further by showing you the actual Phillips curves in my next post.