Trump and the market

After being in office for some two years it is time enough to either give him credit or grief and to compare him to other recent presidents.  Compared to the last half dozen presidents it looks like he is in the middle of the pack,with not really much to brag or much to complain about.

It is interesting to note that at this point in the Presidential cycle Obama has the best record on any recent President.   Under Obama the market was up some 55% from his inauguration versus only some 25% for Trump. 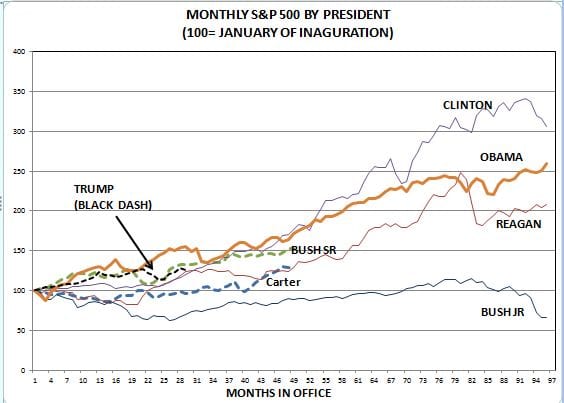