A Dog that Didn’t Bark

The USA is about to experience the largest fiscal policy shift since World War II. The House is debating whether to add $ 2,200,000,000,000 to the Federal Budget Deficit (counting loans as if they were expenses because that’s what they do). There appears to be a near consensus as all are speaking in favor. It is just possible to guess which are Republicans

I’m sure there is a similar near consensus that Rep Thomas Masie of Kentucky, who made them fly to DC by threatening to call a quorum, is a jerk (the Rep. is short for reprehensible). I don’t really wonder if someone is going to get knifed in the members only men’s room.

The Supply of Treasury securities is about to experience the largest shock in history. So what is happening to the price in anticipation of the huge supply shock ? 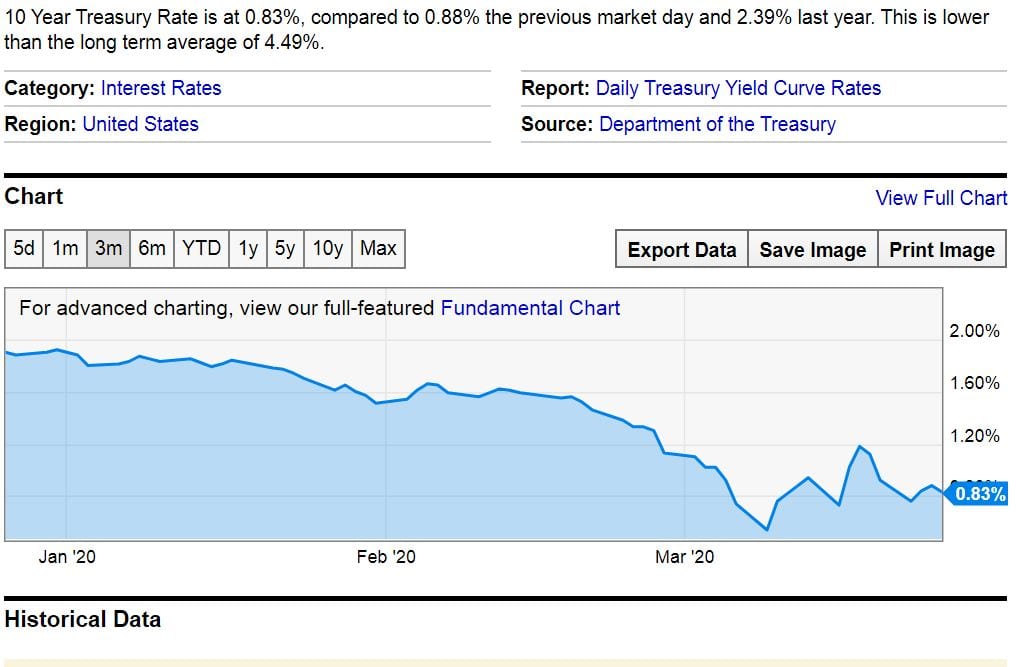 The rate is not quite at the all time record low, but it is close. One might argue that a huge Federal Debt will crowd out investment, beause it will create an illusion of wealth which makes people consumer more so the Fed will have to achieve high real interest rates in order to keep the economy from overheating. One can argue that the huge debt will cause high inflation (perhaps because the Federal Government is the world’s main dollar debtor and can make the dollar worth as little as they want) which will imply high nominal interest rates.

But one will not be able to convince investors of this. the invisible bond vigilantes clearly have got their hands on Harry Potter’s invisibility cloak.

This isn’t even a matter of much debate (except for Massie). It is clear that stimulus will help the USA and also, in particular, the GOP. When the interests of the USA and the GOP allign there is (almost) no debate, because Democrats care about the country and not just about hurting the other party. In 2009 Republicans demonstrated that they were partisans not patriots. Today, Democrats are demonstrating they are patriots more than they are partisans.

Many economists (some winners of the Nobel memorial prize) should admit that they were totally wrong. But of course they won’t.

I told you so.