A Striking Fact Reported in the August 28 2019 Quinnipiac Poll

If you don’t see an image cut and pasted from Quinnipiac click on the “Read More >” link at the bottom right corner of the post to see the image of the polling results. 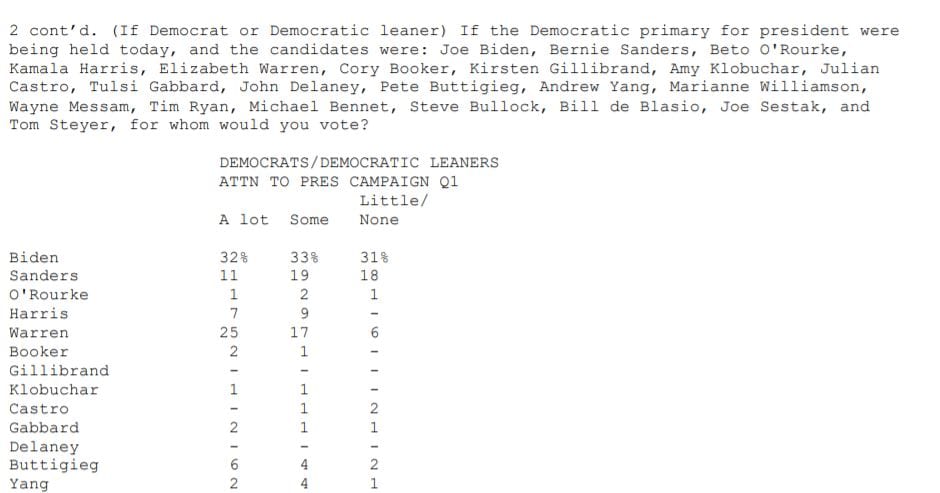 The whole pdf report of the results is here

I think this is interesting. For one thing, people pay increasing attention as time passes. This helps explain the striking increase in overall support for Warren. I would tend to suspect that support for Warren will continue to increase.

But it might just show that nerds like nerds, that people who claim they have paid a lot of attention like the candidate who always has a plan for that. If this explains the pattern, there is less reason to forecast continued increase of support for Warren. People pay more attention to elections as the voting day approaches, but non nerds do not become nerds.

Anyway, I thought the polling data is interesting.