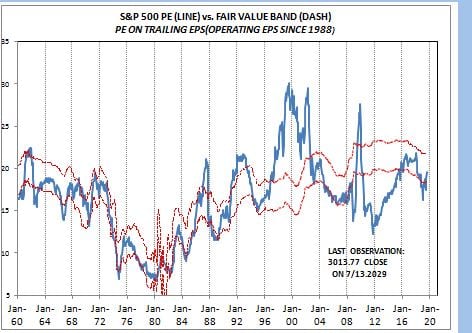 Currently, I suspect that that the uncertainty about Trump’s economic policies should have a significant dampening impact on investors perception of risk. But I do not have a good measure of that risk –maybe, one or two percentage points of PE or maybe even more. If this were the case, the actual PE would be near the top of the fair value band, implying that the market was expensive.

But I do have a very good leading-concurrent indicator of the market PE and  zero maturity money supply growth –M1 plus money market and small time deposits. 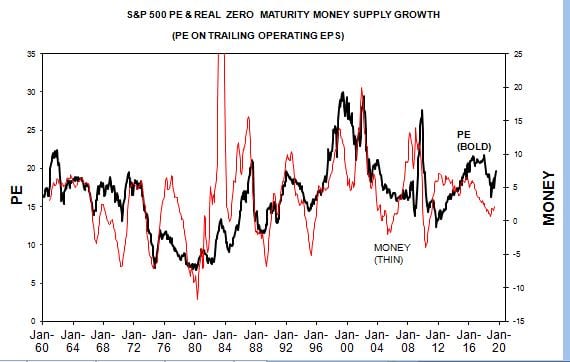 As the chart shows real MZM growth bottomed late last year and has been strengthening all through 2019.  Moreover, the three month growth rate has been rising faster than the annual growth rate all this year, strongly implying that the year-over-year growth will continue to signal a rising PE for some time.