How did they get so rich ?

I hope and trust that this will be an amusing display of my ignorance. I don’t hope to reach David Graeber’s level

David Graeber: Apple Computers is a famous example: it was founded by (mostly Republican) computer engineers who broke from IBM in Silicon Valley in the 1980s, forming little democratic circles of twenty to forty people with their laptops in each other’s garages…

1. How did Jeff Bezos get so rich ? His wasn’t a subtle idea.
The first point is that Amazon went for years without turning a profit. I think his strategy was partly based on new entrant predatory pricing. I would guess that are many B league Bezoses whose firms went bankrupt. In the field of innovative low margin retail, survivor bias is a bitch.

But also, books were a good place to start. There are lots of different books. They are durable. They aren’t so heavy (even pre-kindle).

Then there is big box one stop shopping.

2. Yeah what about the Waltons ? At first (in the 80s I think) I was very puzzled to read the name Sam Walton on a list of the super rich, because I had never seen a Walmart. In fact, that was when I first read “Walmart”. Retail is a very competitive low margin sector. How could anyone become super rich in discount retail ??? My guess is that he was the first to realize how much big cars had changed the game. The long cars of pre-1973 had big trunks, but I guess they just aren’t in the same league as pickups, SUVs and minivans. It is notable that Walmart started in the huge vehicle belt (which I think has a lot to do with belt size if you get my drift).

4. Gates. Here I think the key problem was software piracy. The solution was to pre-install everything so pirates would have to know how to handle a computer with an empty hard disk. Also ruthless anti-competitive practices. For years Microsoft wouldn’t sell microsoftware to any firm which didn’t pre-install it in all of their hardware (the Justice Department did win that one — too late). The strategy was 100% explicit. I think it is legitimate except for 2 scams. One is to add bells and whistles so microsoftware run almost intollerably slowly on latest generation machines. I am sure that they did this so that it would run intollerably slowly on older machines if it were pirated. Still semi legit (but damn the paper clip was irritating) 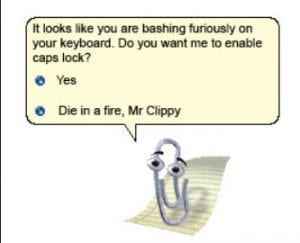 although redemption can be won by all who seak it, and there are worse things than clippy 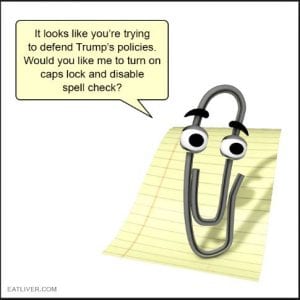 Action through inaction and the Zen of capitalism. It is key that the secret to Buffett’s success is that he bought and held. He also let management manage. His immense wealth shows just how bad active management strategies are. It is also true that he got richer by being rich. If one has immense piles of cash under management, one can make money with reinsurance etc.

Larry Ellison: Damned if I know. I don’t think I have ever encountered an Oracle product. I don’t even really understand what the hell they sell.