Trump and his administration love to brag about the number of jobs created since he became president.  But the only reason he gets away with claiming that a record number of jobs have been created since he took office is the poor job the press does reporting economic data. It only takes a quick glance at the data to see that job creation under Trump has been essentially identical to Obama’s record during the expansion phase of this cycle.  Excluding the Great Recession and the bounce back from it assures that the comparisons of the two presidents record are of what happened in the expansion phase of the cycle. So both records is of job creation under essentially identical economic environments. 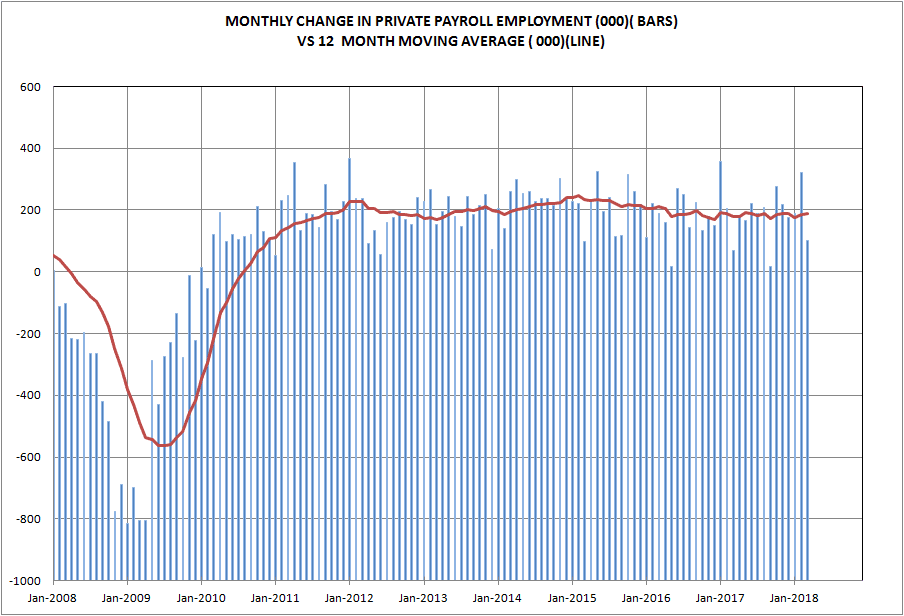