Who Started This Fiscal Game of Chicken? 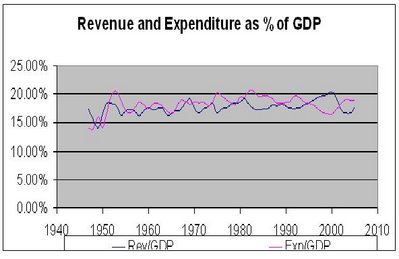 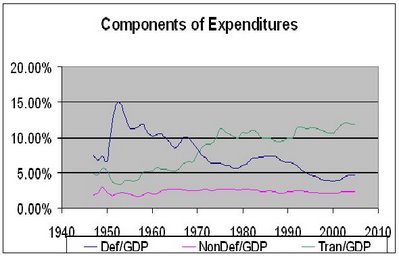 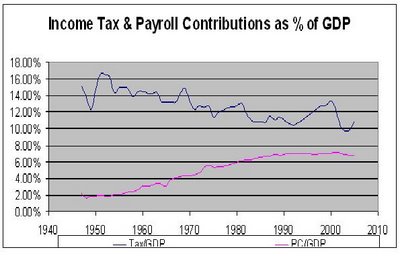 I’ve been looking for a reason to return to the politics of this fiscal game of chicken and in his own unique way, Max Sawicky opens the door:

Here as well, the problem is not only the economics, but the political reality that in matters of budgetary scruples, the Democrats are trying to hold a formal dinner with a pack of feces-flinging monkeys.

Since there is no way I can top this analogy, let’s turn to where Alberto Alesina and Allan Drazen ask Why Are Stabilizations Delayed?:

When a stabilization has significant distributional implications (e.g., tax increases to eliminate a large budget deficit), socioeconomic groups may attempt to shift the burden of stabilization onto other groups. The process leading to stabilization becomes a “war of attrition,” each group attempting to wait the others out and stabilization occurring only when one group concedes and bears a disproportionate share of the burden.

This is the important Alesina-Drazen contribution that Greg Mankiw brought to our attention. While I thanked him for the reminder, AB readers know that I reject the implication that the fault lies with the Social Security program. Thanks for the various comments especially the one from Dale who really gets it. As David Wright tries to defend Mankiw, it seems I owe our readers some historical detail in terms of certain graphs that range from 1947 to 2005. The graphs define Federal expenditure as the sum of defense spending (Def), Non-defense Federal purchases (Nondef), and non-interest transfers (Tran) – all as a percent of GDP. They define Federal revenue as the sum of income taxes (Tax) and Payroll Contributions (PC) again as a percent of GDP. I leave off interest expenses to focus on the primary deficit – something that Greg once suggested as well.

The first graph compares the two sums. I view the 1947 to 2005 period as being in four parts. The first part was period where the Federal debt to GDP ratio fell from 110.3% in 1947 to 32.6% in 1981 as we tried to run primary surpluses. During wars (Korea and Vietnam) and recessions, the primary surplus switched to deficit, but in general – both Republican and Democratic Administrations were committed to paying down the debt. The second period involved the Reagan years. In terms of the Alesina-Drazen paper, the GOP was taken over by conservatives who may have wanted a smaller government but never really bothered to give us one. What the Reagan Administration did was to increase defense spending and defer taxation. But we Democrats do praise President Reagan for the 1983 Social Security reforms, which we’ll discuss shortly. The third period was the 1990’s, which reversed this 1980’s fiscal game of chicken by partially reversing the Reagan tax “cuts” and by partially scaling back defense spending. Mind you – the GOP universally opposed the 1993 tax increase and kept making noise about increasing defense spending – especially in neoconservative circles. Alas, the fourth period was the reign of the neoconservatives where defense spending was raised as President George W. Bush pretended to give us tax “cuts”. And it would seem this President wants to make his tax cuts and his higher defense spending permanent. If you think I’m blaming those who support President Bush for the current fiscal game of chicken, I am. But let’s return to the central Alesina-Drazen question:

When a stabilization has significant distributional implications (e.g., tax increases to eliminate a large budget deficit), socioeconomic groups may attempt to shift the burden of stabilization onto other groups.

Those conservatives who think this is a battle as to the size of the Federal government in terms of government purchases are either sadly informed or being dishonest. Our second graph helps us understand why. Non-defense Federal purchases are only 2.3% of GDP. OK, they were only 1.8% of GDP in 1947 but both Republican and Democratic Administrations agreed a long time ago to the increases in non-defense spending. Is the Republican Party saying that the government should do less in terms of maintaining a highway system or public education? I doubt it. I do know that the GOP is for more defense spending – not less. So let’s be honest – this is all about the tax/transfer payment system.

Transfer payments as a share of GDP did rise during the 1960’s and 1970’s as the Federal government declared a war on poverty and increased the role of the Social Security system. How was this increase in transfer payments financed? Certainly not be increasing income taxes as a share of GDP. Rather – we have seen a dramatic increase in payroll contributions. Part of that increase was due to the 1983 Social Security reform. We Democrats have praised President Reagan for recognizing that if the Social Security Trust Fund was to have the funds to pay for the retirement benefits of the baby boomers, then we needed to raise the payroll tax so as to build a Trust Fund reserve over time.

I thought the 1983 reforms were an honest bipartisan deal. But the Republican Party since the Contract With (or was that On) America leaves me wondering. On the one hand, President Bush in his 2001 State of the Union address pledged to honor our Social Security commitments as he also pledged to pay down the Federal debt. But he also promised all sorts of new spending plus those tax cuts. How could this all be? You see – there was this giant bait-and-switch from talking about total Federal debt and the General Fund deficit to publicly held debt and the unified deficit. Even in our best recent years, which were Clinton’s second term, total Federal debt did not fall even in real terms. So the idea that there was a huge surplus simply wasn’t true in terms of the General Fund. So what does President Bush and his enablers (which include Greg Mankiw) do? They talk about the unified deficit, which has declined since the great reversal of fortunes during Bush’s first term only because the Trust Fund surpluses have predictably grown – something about us baby boomers paying into the Social Security Trust Fund on the premise that these are not employment taxes but rather payroll contributions. But oh no says Greg Mankiw – the fiscal crisis is that our legions are growing and we might expect our retirement benefits be paid. Now Greg Mankiw et al. know that the baby boom demographic deluge was known in the 1980’s so why the surprise? Stupidity? Mendacity? You decide.

Kent Smetters asked the right question: Is the Social Security Trust Fund Worth Anything?. Smetter notes two views of how we view the Federal deficit. He specifically notes folks like Paul Krugman who would view the Social Security Trust Fund reserves as the prefunding of the baby boomer’s retirement benefits and who would logically focus on the General Fund deficit for the rest of Federal finances. I obviously agree with Paul. Greg, on the other hand, incessantly talks about the unified deficit as do others as if there was never any intent by President Reagan and the Social Security commission headed by Alan Greenspan to live up to what they said in 1983. Well, we know Dr. Greenspan flip-flopped on this pledge in 2001. Given Ronald Reagan is no longer with us, I choose to believe he was never so dishonest.

Many conservatives dance on the head of a pin as to which side of the Smetters question they come down. The only conservative economist that has been clear to my knowledge is our friend David Altig who is of the belief that politicians have renounced the 1983 deal. David does not endorse such double dealing, but I can see his point. My problem is that Republican politicians not only double deal – they also doublespeak by saying they want to preserve Social Security. Any economist worth his salt knows such doublespeak is very dishonest. We should also note that to tell workers that they are paying more into the Social Security system for their retirement benefits only to spend that money on reductions in tax rates on capital income is grand larceny. I guess it is too much to expect such grand larcenists to be honest as they pick our pockets. But we should expect conservative economists such as Greg Mankiw to be as honest as David Altig had been and actually answer the Smetters question. Oh wait – such honesty might so inform the average Americans that they elect Democrats who will end this game of chicken without picking the pockets of middle class workers. Which is why we should expect this dishonesty from Republican politicians to continue.

So to answer my question – the fiscal game of chicken was started by a pack of feces-flinging monkeys.