Is the IRS Enforcing the Arm’s Length Standard More Effectively? 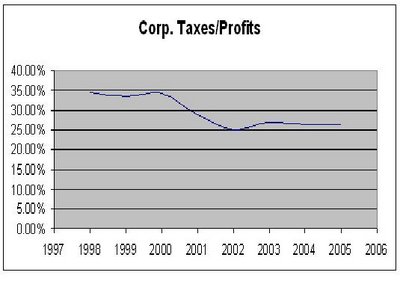 The Internal Revenue Service has cut deeply the time that it spends auditing the nation’s largest corporations, according to data made public yesterday. The figures, obtained by Syracuse University researchers, showed that the I.R.S. had reduced the time spent on each audit by 21 percent in the last five years, to 958 hours from 1,210 hours. At the same time, the number of actual audits, which had increased in the last two years, has fallen back to the level of 2002. The Syracuse researchers said the data raised questions about statements by Mark W. Everson, the I.R.S. commissioner, that he had increased enforcement of the tax laws in the last three years. I.R.S. officials said, however, that while the hours devoted to each audit had fallen, the number of additional tax dollars recommended per hour of audit had more than doubled from 2002 to 2006, to $6,500 an hour. The government data is based on fiscal years, which end Sept. 30. That increase “shows that we are working smarter, we are working more efficiently, we are working more effectively under a tight budget,” an I.R.S. spokesman, Terry L. Lemons, said. David Burnham, a director of the university’s Transactional Records Access Clearinghouse, said the higher hourly figure might indicate more effective enforcement, but he proposed another explanation. “They may just be picking a lot of low-hanging fruit,” Mr. Burnham said.

I would also suspect there is a low-hanging fruit that never gets picked up. Johnston’s Perfectly Legal put forth the proposition that the nation’s largest corporations were generally out-manning and out-gunning the professional staff at the IRS.

Some critics of the IRS note that many multinational corporations pay less than 20% of their worldwide income in the form of Federal taxes. This statistic itself, however, may be very misleading. Take for example the case of Heinz which drew some stupid jokes about outsourcing from the rightwing at the expense of John Kerry and his wife. You see – Heinz locally produces for local consumption with most of their customers being abroad. It is also not surprising that Heinz pays a lot of taxes abroad – generally in high-tax jurisdictions. For its last fiscal year, the effective tax rate for Heinz was 36%. But notice something about U.S. corporations in general over the past several years. Income taxes as a share of corporate profits have declined from approximately 35% to around 26%. Could it be that multinationals are shifting income to low-tax jurisdictions by gaming the transfer pricing regulations under section 482?

As we’ve noted before, chapter 18 of Perfectly Legal is entitled “Letters to Switzerland”, where Johnston illustrates transfer pricing manipulation using an example of a pharmaceutical company transferring U.S. created intangibles to Switzerland for an amount below market value. But the IRS might argue they had a huge success in terms of the Glaxo litigation. While this is true, we are talking about a foreign based company with a U.S. distribution subsidiary. The IRS’s point in that case appears to be that the heavy promotional expenses observed in this industry matter to transfer pricing.

Our link gives a hat tip to Martin A. Sullivan who writes for some very good articles for Tax Analyst with his August 2006 piece being devoted to the pharmaceutical sector. Sullivan argues that U.S. based pharmaceutical companies are setting up distribution subsidiaries in low-tax jurisdictions such as Switzerland and allowing them to capture the return to these heavy promotional expenses. 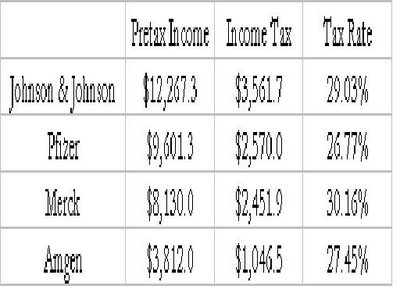