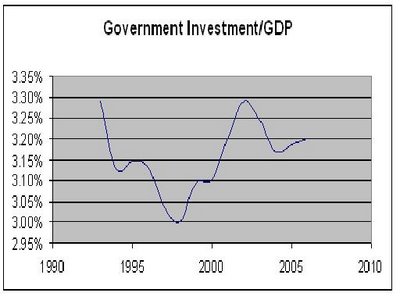 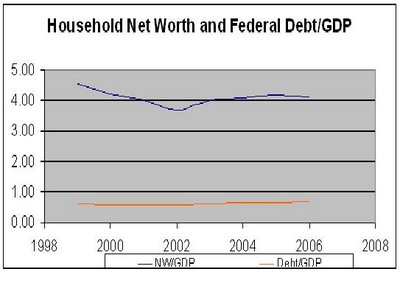 Thomas Nugent thinks that us silly economists should take Accounting 101:

Accountants, as a matter of practice, also must use two hands, although their margin for error is much smaller. Whereas economic foreasts can be either close to or wide of the mark, accountants are held to strict standards of accuracy. As a result, professional accounting relies on the balance sheet – the key to making sure that one and one make two. Balance sheets are important tools for evaluating the events or cash flows that affect corporate finances.

Well golly gee, this is news to me – NOT. So what is Mr. Nugent really trying to say here:

For instance, when a government spends money on an aircraft carrier, an asset (the aircraft carrier) is created. Over time, government spending will create an enormous trove of assets – buildings, national parks, defense systems, etc. – that can continue to exist for many years and better the lifestyles of our children and grandchildren. But there’s a hitch: the politician who has little, if any, economic or accounting knowledge. There are many such politicians running around Washington, D.C., people who forget or ignore assets when evaluating the impact of budget deficits on the economy. Indeed, the boogeyman strategy of scaring the American public about how deficit spending is eroding the future for our children ignores all of the assets that have been built with increased government spending and, when necessary, borrowing. Such assets add to our future well being. To say that deficit spending simply detracts from our potential is like a homeowner viewing the liability of his mortgage without considering the asset value of his home. Politicians veer down this wrong path when they ignore the two-handed impact of such deficits. For example, when an American buys a Toyota, he exchanges one asset with his Japanese counterpart, who in turn gets the equivalent of an I.O.U. for future purchases of U.S. goods and services. And when the counterparty decides to convert future goods into current goods, the transaction will create job demand and increase economic activity here at home. Liabilities? These deficits are valuable. There is a timing element to all this. Current trade deficits create future economic growth.

Oh, so when President Bush is racking up enormous amounts of new Federal liabilities, these are backed by all sorts of new income-producing assets. And that current account deficit is nothing more than a surge in investment demand as the national savings rate is still high. The problem with the latter argument is that our national savings rate is near zero, while the ratio of gross private domestic investment to GDP actually lower now (16.9%) than it was in 2000 (17.7%).

But what about Mr. Nugent’s claim that our government is investing more in the future? Our first graph shows the ratio of government investment to GDP from 1993 to 2006 as measured by the Bureau of Economic Analysis. In 2006, this ratio is about 3.2% – which seems to be the average over the past 14 years. If all this is borrowing is being done to accumulate assets, one would expect a surge in either private or government investment. But we don’t see that.

Our second graph plots household net worth as a share of GDP and the Federal debt as a share of GDP (accounting tip for Mr. Nugent – net worth is defined as asset minus liabilities). There has been a recent increase in the latter ratio, but Mr. Nugent says don’t worry about that as we are creating other assets. But are we? The net worth to GDP rose was 4.5 in late 1999 and then fell in part because market valuations of corporate equity fell. Much of this stock market decline has reversed itself, which appears to be the only reason why the household net worth went from 3.7 in 2002 to around 4.1 now. But the premise that we have much more in assets to compensate for that extra debt is inconsistent with the data. As this recent story notes:

For the last 19 months, the report has shown a negative savings rate. That means American consumers are spending more than they’re taking home after taxes.

OK, business savings may be positive but with household and government savings both being negative – we are saddled with a low national savings rate.
Mr. Nugent is wrong – we economists do understand basic accounting. Alas, he does not know how to read the GDP accounts or the financial data from the Flow of Funds accounts provided by the Federal Reserve. Then again – Nugent writes for the National Review so proficiency with the data and basic integrity are not assets: they are career limiting moves.

But before we nominate Mr. Nugent to the stupidest man alive contest, we should read David Malpass:

Though widely criticized as an imbalance, the trade deficit and related capital inflow reflect U.S. growth, not weakness – they link the younger, faster-growing U.S. with aging, slower-growing economies abroad. The trade deficit is the mechanism allowing consumption and investment in the U.S. to grow faster than in Europe and Japan.

Brad Setser decides to get compassionate:

Rigth now, businesses are saving more than they invest, and so they are on net contributing to the United States national savings. That is one of the unusual features of the current situation. The US savings shortfall comes from the fact that the US government still spends more than it takes in, even if the gap today is a bit smaller than it was in 2004. Above all, though, the gap stems from households that don’t save any of their current income. That means household sector that has to borrow to finance its investment in residential real estate.

Brad S. continues to dissect the spin from Malpass. In the meantime, Brad DeLong is less compassionate:

Reporters for the news side of the Wall Street Journal firmly believe that readers make a sharp distinction between WSJ news and editorial pages, and that their good and reality-based work doesn’t add credibility to the misinformation on the editorial page. I think that they are deceiving themselves.

I was wondering why Brad did not nominate Malpass for the stupidest man alive contest. Is the slate just that overloaded or is this a clear case of WSJ oped mendacity rather than stupidity?