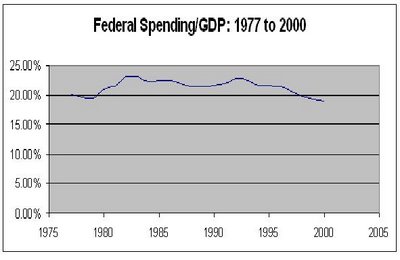 Cactus says that Lawrence Kudlow knows his data. Really? Then explain this:

Ben Stein says we can’t cut spending. But in fact, as a share of GDP, Ronald Reagan cut spending from about 23 percent down to 20 percent; Clinton and the Gingrich Congress lowered spending to 18 percent.

Is Kudlow guilty of stupidity or mendacity? If Cactus is correct that Larry knows his data, he is counting on the proposition that his readers don’t – so he lie to them, which apparently he does with regularity.