Shared Sacrifice and the Tax Burden from Wars 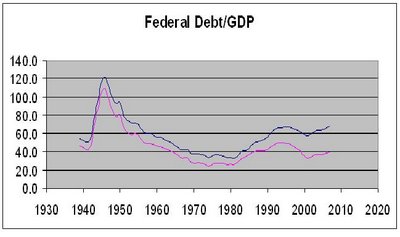 Andrew Samwick continues the debate over Charles Rangel’s proposal to bring back the draft:

To my mind, the largest problem with the draft is that it puts a lot of untrained people not just in a position to get themselves killed but in areas where they might compromise the safety and mission of the well trained armed forces who would still do most of the work … The fundamental issue is not a draft but a mass mobilization of the population. In the wake of 9/11, much of the population was willing to be mobilized. Manpower applied to homeland security and the “War on Terror” could have been increased substantially without conscription. We would be five years ahead of where we are now in terms of training the citizenry to resist or respond to attack and to match them to the areas where they could help the most. During these five years, there as been a frustrating absence of Presidential rhetoric about how citizens can participate meaningfully. If militant Islam is now such a threat to our existence as a society, then why are we not encouraged to change our way of life as a society to meet it? Is our patriotic duty as a citizenry really just to keep the economy humming along, so that tax revenues are generated to pay for the military budget? There’s little outlet for patriotism in going to the office or the mall. To channel the patriotic fervor into something constructive, we need people to engage in something new, not something routine.

Andrew was motivated by a comment made to my earlier post from k harris. I took the liberty of firing off one of my frustrations with how neither George W. Bush nor LBJ had the courage to raise taxes to finance their war efforts. From a macroeconomic stabilization perspective, had we had fiscal restraint during these two periods, it would have relieved the pressure on the Federal Reserve as to using monetary restraint to avoid inflation.

Robert Barro might view this issue differently as he did in his On the Determination of the Public Debt. Barro assumes the Ricardian Equivalence proposition asking what is the optimal timing of tax collections? His model assumes the long-run budget constraint that the present value of taxes should equal the present value of expected future government spending plus any accumulated debt. His primary hypotheses are: (1) temporary increases in government spending (e.g., from a war) would be financed mainly from debt creation and not tax increases; and (2) the temporary losses of tax revenues from recessions would not be offset by tax rate increases. While the title of Barro’s paper included the term “public debt”, we have graphed both the public debt to GDP ratio and the larger total Federal debt to GDP ratio (after all, much of the accumulated total Federal debt is supposed to be financing the future retirement benefits of the baby boomers).

There were two periods since World War II where the debt to GDP ratio rose. One was the period following the 1981 tax cut. While the Reagan worshipers might argue they were fighting the Cold War, the increase in defense spending was relatively minor. Besides – if government spending even temporarily rises – shouldn’t we see at least a tiny increase in the tax burden on the current generation so future generations don’t have to face a much larger burden?

The other period is the current one. Without question, the fiscal fiasco of George W. Burden is shifting the tax burden away from us elders onto the kids. Yet, it is the kids who are fighting the George W. Bush wars that will pay the taxes so we don’t have to. After all, telling the voters that this war would be costly would have cost Karl Rove’s clients some votes in 2004. Perhaps some increase in the debt to GDP ratio should have been expected as a result of the 2001 recession and the 2003 invasion of Iraq (as idiotic as that decision on March 19, 2003 happened to be). But the current Administration seems hell bent on making sure as much of the tax burden is shifted to the future as possible. So even if the kids returning from Iraq are lucky enough to have a productive future in the U.S. economy, they have been saddled with a guarantee that their tax burden will rise as a result of the failed fiscal policies of their Commander-in-Chief.