The SSA on the Reporting of the Federal Budget 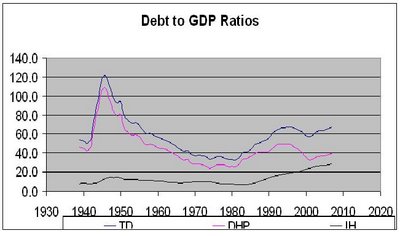 It’s interesting how certain rightwing trolls will fish for some comment out of context to put forth some absurd argument. We were asked to consider one small portion of the SSA’s Research Note #20 that had to do with how Lyndon Johnson decided to have a unified budget in 1968. Here is the relevant portion of the Research Note:

In early 1968 President Lyndon Johnson made a change in the budget presentation by including Social Security and all other trust funds in a “unified budget.” This is likewise sometimes described by saying that Social Security was placed “on-budget.” This 1968 change grew out of the recommendations of a presidential commission appointed by President Johnson in 1967, and known as the President’s Commission on Budget Concepts. The concern of this Commission was not specifically with the Social Security Trust Funds, but rather it was an effort to rationalize what the Commission viewed as a confusing budget presentation. At that time, the federal budget consisted of three separate and inconsistent sets of measures, and often budget debates became bogged-down in arguments over which of the three to use.

So LBJ was trying to reduce confusion whereas George W. Bush loves to create confusion. Not exactly the point being argued by the troll who brought this up. But let’s read further down:

That was Greenspan back in 1983. Of course, Greenspan in 2001 was concerned that the unified budget was in surplus so he endorsed a series of tax cuts that have created a General Fund crisis that is now being abused by President Bush to excuse raiding the Social Security Trust Fund. Again – not exactly the point that our favorite troll was trying to make.

Update: I added a graph in light of an excellent point made by AB reader Howard. The graph shows total Federal debt (TD), debt held by the public (DHP), and intragovernmental holdings (IH) – all in proportion to GDP. During the late 1960’s, the difference between TD and DHP – which is IH – was not rising. So whether we measured the deficit in terms of the General Fund v. the Unified Deficit would not matter that much. But check out what’s been happening later to IH. This is the point I’ve been trying to make since Monday – even if AB reader Muckdog is not convinced.