Faster Wage Growth in Five Years? (Why Does the Washington Posts Hire These Reporters) 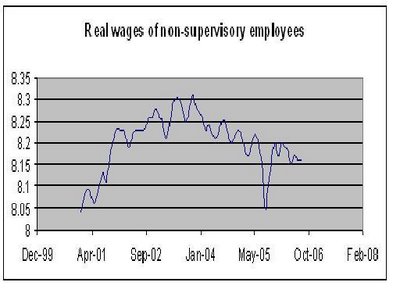 Demand for labor helped drive workers’ average hourly wages, not including those of most managers, up to $16.84 last month. That’s a 4 percent increase from September 2005, the fastest wage growth in more than five years.

If Henderson and Baker are to write on labor market issues, might we expect them to understand the difference between nominal wages increases and change in real wages?

Comments Off on Faster Wage Growth in Five Years? (Why Does the Washington Posts Hire These Reporters) | Digg Facebook Twitter |